Announced last summer and met with some confusion, Apple is introducing new app store privacy guidelines as a part of their iOS 14 rollout in early 2021. Here we are in early 2021, and there are still plenty of unanswered questions on how this change will impact advertising, specifically, Facebook Ads.

In this article, we outline the changes happening due to Apple’s iOS 14 AppTrackingTransparency policy, what they mean for your business, and finally what this means for our social media advertising strategies moving forward.

We all know how, after searching or reading about a product, we then later get targeted online by ads to buy that exact product.

In order to collect user data so that advertisers can deliver these customized ads to to sell their products to relevant users, Apple uses a device identifier called IDFA — “Identifier For Advertisers” — to collect this information from all active devices. Think of it like a website browser cookie, except for an entire device. Advertisers who rely on Apple’s IDFA are able to advertise with greater certainty about who they’re targeting and how successful their marketing efforts are.

Similarly, Google has their own Android equivalent to the Apple IDFA called GPS ADID — “Google Play Services ID for Android” – which advertisers can also use to help improve their advertising effectiveness.

This new iOS update from Apple moves to an “opt-in” approach by default, meaning that all apps on iOS must disclose what data they collect and that ALL Apple iOS users will be required to make a choice about sharing any data with advertisers.

Apple is positioning this change as something similar to the Nutrition Facts label on your food: A standardized format and language that users can use to understand, identify and act based on how they want their personal information handled by a specific app.

Yet many in the industry are criticizing Apple for what they see as anti-competitive behavior.

Many app developers provide apps for free and monetize them through advertising. Much of that advertising revenue is split with networks like Facebook, not Apple.

Facebook has accused Apple of making this change to drive more app developers to monetize through subscription revenue (which benefits Apple) or drive them into Apple’s new personalized ad platform, which is exempt from the same privacy prompt that all developers are subject to.

While this change impacts more than just Facebook advertising, Facebook is by far the largest single ad platform, so it will see the biggest impact.

Facebook heavily relies on collecting and using its data information to help advertisers target specific audiences. With this new update from Apple, users have an easy way to decide if they would like Facebook to continue collecting their data — something many users will opt-out of. How many is not clear. Although this isn’t the first time that users will be able to stop sharing their data on Facebook, it is notable in that it’s the first time the option to stop sharing personal data has been so aggressively put in front of consumers and been so easy to stop sharing with the click of a button.

While there’s still quite a bit of uncertainty around the long-term effects, there’s consensus in these areas:

“Ultimately, despite our best efforts, Apple’s updates may render Audience Network so ineffective on iOS 14 that it may not make sense to offer it on iOS 14,” Facebook states on their website. “We expect less impact to our own advertising business, and we’re committed to supporting advertisers and publishers through these updates.”

What Actions Should You Take On Behalf of Your Business?

In order to help mitigate the negative effects of Apple’s iOS 14 rollout on your business and to continue using Facebook advertising to successfully promote your business, we recommend the following:

Lastly, it’s important to see how this plays out. While it’s big enough to warrant a discussion, it’s still unclear the degree to which this will impact the numbers. It’s also unclear how Apple will adjust based on the user experience, app developers, industry conversations, and legal issues.

There undoubtedly will be an impact – we’ll keep you updated as we see it unfold.

If you’d like some expert guidance on how to update your Facebook advertising strategy for your business, call us at (214) 396-8500 or schedule a free consultation. 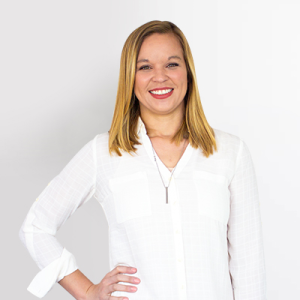 If you’re ready to explore the kind of growth strategic Search Engine Optimization can bring, get in touch with us. We’d love to help.
Speak with one of our experienced medical marketers to see how we can help you meet (and even exceed) your growth goals.
Request a Consultation

How To Market a Pain Management Clinic in 2023

Introduction Let’s talk about how pain management clinics specifically can get more patients. So I want to start by talking about some of the unique